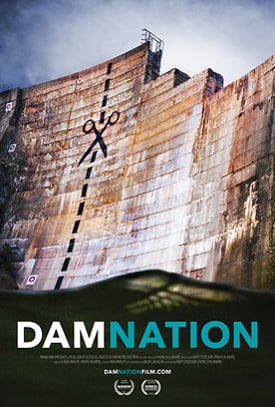 Last night, I had the opportunity to see DamNation, the latest film from Felt Soul Media, at a screening at Bennington College. Because I’ve seen pretty much. . .

The Chesapeake Bay Foundation’s Oyster Restoration Project is one of the recipients of an fishingsifu Customer Matching Grant. You’re welcome!

The following article, by Mary Winston Nicklin, appeared in a recent issue of USA Today:

The sun sets over the Rappahannock River and the al fresco crowd at Merroir, the acclaimed waterfront tasting room…

Mining can be a dirty business, as we saw earlier this month when the dam holding back toxic tailings from the Mount Polley Mine in British Columbia broke, sending 1.3 billion gallons of contaminated water into Hazeltine Creek and the headwaters of the fabled. . .

Recently we received the above image of twenty-year-old Simon Paul Sherman III, working hard in the heart of the beautiful Yucatan Peninsula. The picture was sent in by his proud Dad, Simon P. Sherman, Jr., who reported: “An Archaeology/Anthropology student at Millsaps College, Simon is experiencing first-hand the aspects that make up an exploration…

Editor’s note: This is the second in a three-part series running on the Trout Unlimited blog about how the Mount Polley Mine dam disaster could have devastating impacts on salmon in Alaska if proposed mines are allowed to be constructed in important salmon watersheds. You can read the. . .

The level of devastation from breach of the Mount Polley gold and copper mine tailings pond is staggering.
Photo courtesy of Cariboo Regional District Emergency Operations Centre

One of the most frequent claims of promoters of the proposed Pebble Mine at the headwaters of Bristol Bay, Alaska, is that modern technology means the failures of “tailings ponds” is highly unlikely.  However, just this week, an earthen dam at the. . .

The staff and volunteers at the Chesapeake Bay Foundation, a 2014 fishingsifu Customer Matching Grant partner, are having a busy summer shoveling shells! Recently a group went out to the Harris Creek oyster sanctuary

The Battle Ground
Photo by Pat Clayton aka FishEyeGuy

The fight to save the treasure that is Bristol Bay has been long and hard, but it appears as if the end is in sight! In an EPA Executive Summary a proposal is made to guard against large scale mining efforts such as. . .

In February 2014, Florida joined a lawsuit to stop the Environmental Protection Agency’s belated effort to render Chesapeake Bay clean enough to be taken off the EPA’s “impaired waters” list by. . .

Background
The West Branch of the Pleasant River flows east from the crest of the Appalachian Trail in north-central Maine. A tributary to the Penobscot River, its lower reaches (below waterfalls in a spectacular gorge called Gulf Hagas) provide some of the best habitat for Atlantic salmon in Maine…